20 Must-Try Foods Around The World

Of the 195 countries on Earth, we’ve certainly come up with some regional specialties when it comes to meal time. And while this list could easily enter into the hundreds, all that mental travel load is going to make you really hungry.

To whet your appetite, here are 20 of the most iconic foods around the globe… where will you venture to for your next meal overseas? And what have you already ticked off the ‘must-eat’ list?

The heady mix of salty, sweet and sour. This wok-fried dish is synonymous with Thailand and seriously addictive. Head to Bangkok to get a taste of the best pad thai in the world. 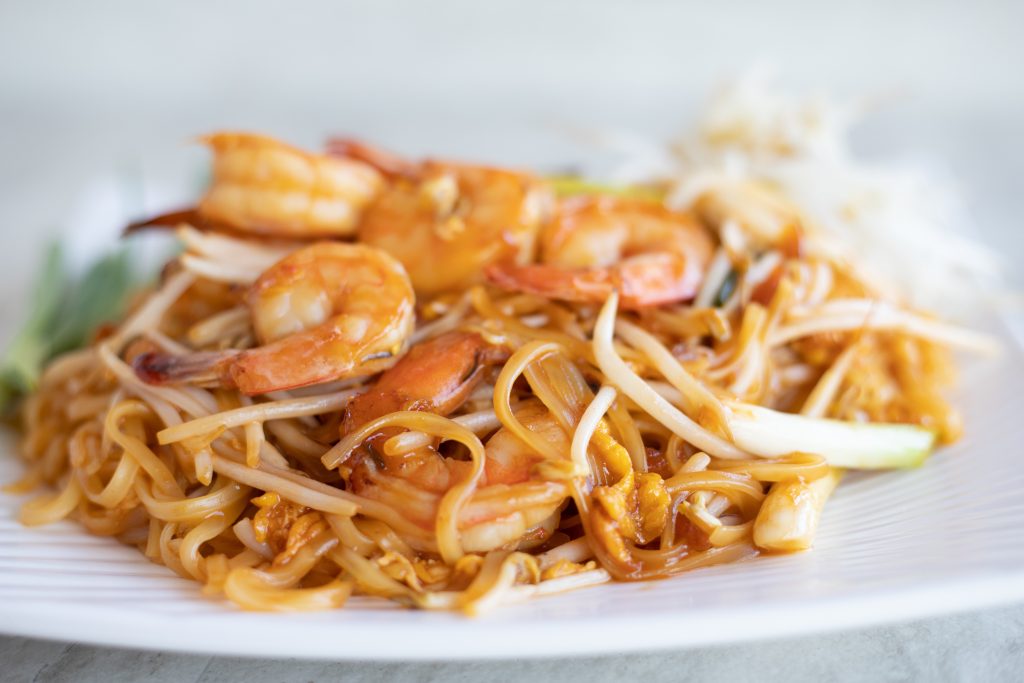 A dish as famously mispronounced as it is celebrated, ‘pho’ is actually pronounced ‘fuh’, so feel free to correct your friends next time you’re out enjoying a bowl of Vietnam’s national dish. Simple yet complex, this brothy noodle soup can be enjoyed anytime of day but is commonly eaten for breakfast in Vietnam.

What makes poutine special? Curds. It’s the squeaky French-Canadian cheese curds that makes this dish unique. Originating in Quebec in the late 1950s, it’s become one of Canada’s (or least Quebec’s) most iconic dishes. What’s not to love about potatoes covered in gravy and cheese? *wipes drool*

A dish so revered, it has its own national day on June 28. There are loads of variations on cured seafood out there, but Peruvian style is fresh fish marinated in key lime and bitter orange juices with onions, chili, salt & pepper. Served with corn on the cob and sweet potatoes.

France could be famous for all manner of baked goods from bread to croissants, but the delicateness of the macaron has to be one of the most classically French and notoriously hard to master baked goods. It is rumoured that King Louis XIV served macarons at his wedding in 1660. It’s also believed that the macaron cookie was first made in Italy and brought to France around 1533 by Catherine de Medici, a noblewoman from Florence who was wedded to the future King of France, Henri II. 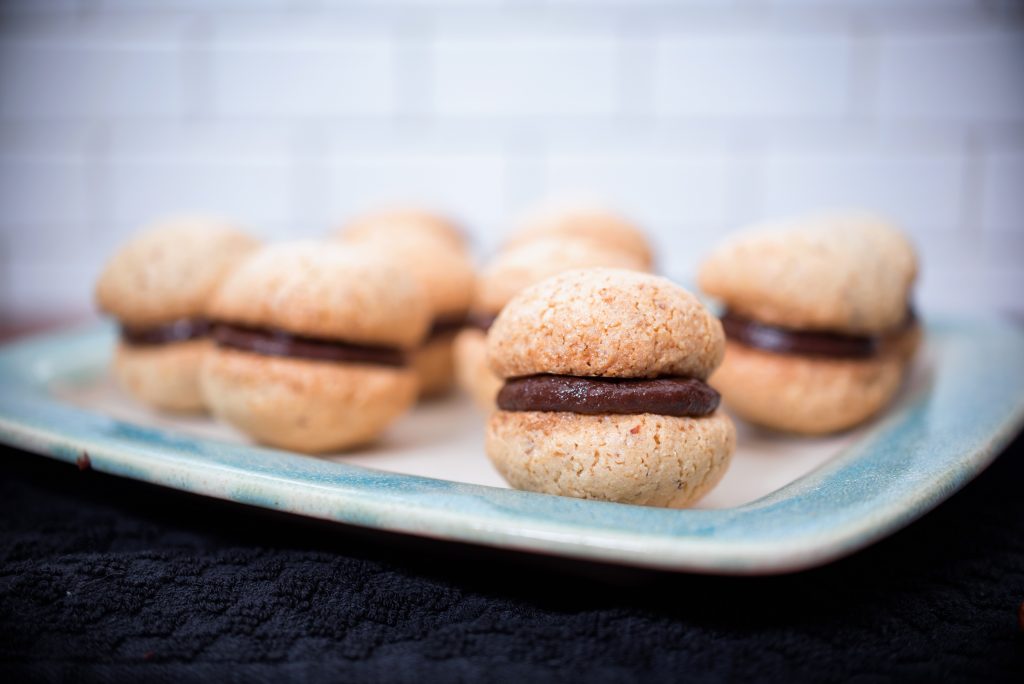 Australians often feel a little left out in the culinary heritage stakes, but there’s plenty of Aussie cuisine out there from iconic breakfast culture to ‘shrimps on the BBQ’ (for the record—no one in Australia says ‘shrimp’; it’s ‘prawn’). But when it comes down to a national dish, it has to be the classic meat pie.

Possibly the greatest invention of all time—the Swiss take melting cheese to the next level with purpose built fondue pots that double as an interactive meal experience. A communal pot of cheese is shared by dipping in bread, vegetables and pickles. Imagine yourself cosied up in a chalet in the Swiss Alps with your pot of warm cheese… happiness right there.

What is a hopper you ask? Seen to be believed and tasted to be understood, the hopper is a truly unique pancake of sorts, made into a crispy bowl shape with a fried egg at the base. Served with caramelised onions, toasted coconut and Sri Lankan spices, it’s a breakfast experience like no other.

If ever there was a time to try raw fish, it would be in Japan, where sushi and sashimi are prepared as an art form. Head to Tokyo’s Tsukiji Fish Market at the crack of dawn to get the freshest slices of seafood in the country and begin to understand the obsession. 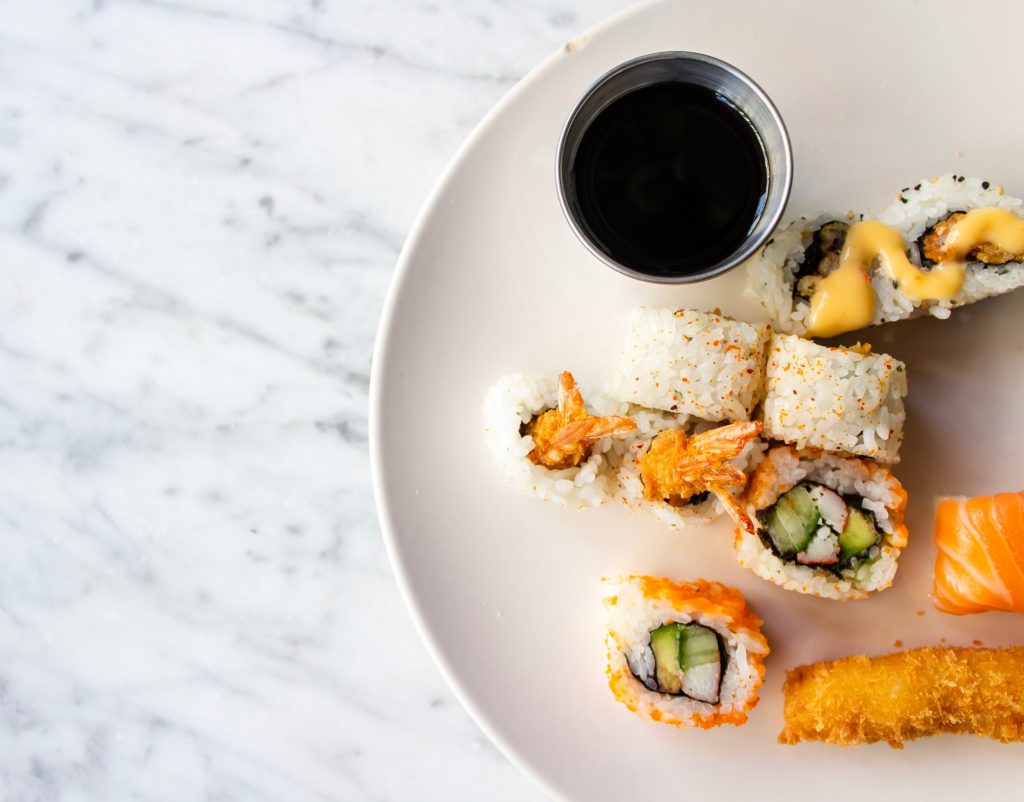 Hong Kong is a foodie haven. You’d have to eat out every night for over four years to even come close to trying the 15,000 plus restaurants in the city. But what you’d want to keep going back for is dim sum, or ‘yum cha’. Hong Kong takes its dim sum game so seriously some dim sum restaurants even have a Michelin star, though still reasonably priced for your student budget.

Did someone order a wiener schnitzel? Best enjoyed in a chalet somewhere in the Austrian Alps and preferably with a stein of beer, the schnitzel is the national dish of Austria. Simply put, it’s a piece of meat (commonly veal), tenderised, breaded and fried. Served with potato salad or French fries.

Ah, pizza. The world’s most loved food? It gets more than just a national day: there’s a whole National Pizza Month in October in the USA. And while America sure does love its pizza pie, the home of pizza is Italy, and famously Naples, where the Margherita pizza is said to have originated.

This aromatic rice dish has ancient origins from when the Moors first introduced rice to Spain over a thousand years ago, but it’s become particularly on-trend in the last 50 years or so as a classic Spanish dish. Paella pride runs particularly strong in Valencia.

There’s something distinctly American about the smoky taste of barbequed meat. Sure, cooking over a fire is traditional in many parts of the world, but until you’ve had a slice of brisket in Texas, you can’t truly understand American barbecue. Head to La Barbecue in Austin for some of the best.

Fun to say, even more fun to eat, bibimbap translates to mixed rice with meat and vegetables—what makes it classically Korean is the sauce and toppings. Gochujang is a Korean chili pepper paste used in lots of Korean cooking and is deliciously savoury, sweet and spicy.

There’s nothing more British than a Sunday roast at the local pub. Even better in the winter when the fire is going. Mop up the rich gravy with roast potatoes and vegetables and put a fork in you – you’re done.

Street tacos in Mexico are more of a religion than a meal. Devout followers will travel across town (and the world) to hole-in-the-wall taco joints serving up regional specialties. You can’t go past Mexico City’s tacos al pastor—pineapple roasted over juicy, spicy pork. 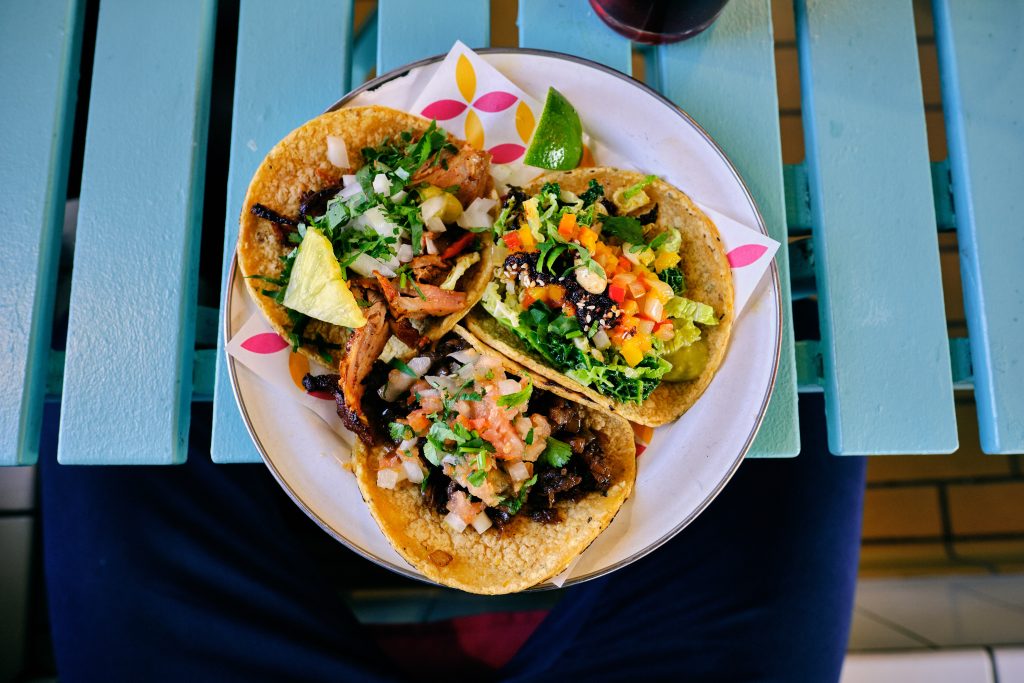 The Brazilian superfood has been in the spotlight in trendy health cafes and smoothie bars around the globe for a few years, but the Acai berry has long reigned supreme in Brazil. Sourced from the Amazon jungle it’s packed full of antioxidants and vitamins and makes for the perfect ‘bowl food’ meal or snack, particularly by the beach!

Warm, flaky bread that melts in your mouth—the Malaysian roti is a bread that’s in a league of its own. Served with a simple curry of gravy and potatoes, roti canai is a ubiquitous breakfast food in Malaysia and parts of Southeast Asia.

To finish, dessert. Though the baked Portugese tart can be enjoyed anytime of day. Dating back to the 18th century, these custard tart pastries are a true delicacy. Try them at Pasteis de Belem in Lisbon.

Check out our cheap student flight deals to get yourself to the destinations these foods emerged from and try them firsthand!

Want to join our blogging team? Learn more and tell us about yourself. 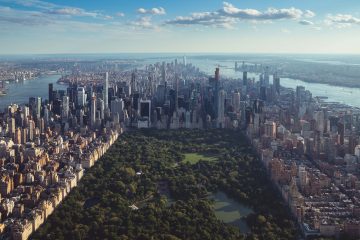 Top 10 things you can do in the USA for free

Travelling on the cheap can seem like a near impossible feat, especially when travelling to somewhere as large as the United States. For those that wish to see all, but not spend all, we’ve done Read more… 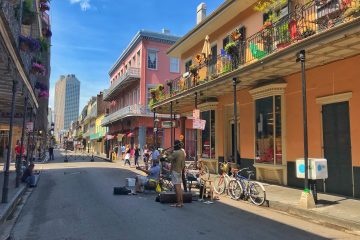 Most Affordable Places to Visit in the USA

Where are the most affordable cities in the USA? What are the best US destinations to visit on a student budget? Where can your Aussie dollar go the furthest in America? These may be top Read more… 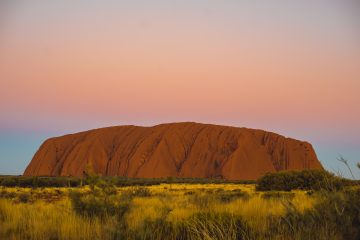 8 of Australia’s Most Eye-Popping Natural Wonders

There’s no denying Australia has some truly remarkable nature to explore. Aside from its famous beaches and exotic native animals, there are millenia-old rock formations, tropical ocean reefs and weird and wonderfully coloured lakes. Here Read more…