7 FREE Things To Do In New Zealand

There might be slim pickings at the moment when it comes to where we can travel internationally but what is available – New Zealand, basically – is pretty great!

At time of writing the Trans-Tasman travel bubble is opening back up after a short hiatus – currently you can fly from Western Australia and the Northern Territory, and other Australian states are due to start back up again on this front in the next few days.

So, what to do in New Zealand? Well, about 10 gazillion things at last count, but we’ve narrowed it down to our top 7. And the best part? They’re all free!

Anyone who knows anything about New Zealand knows first and foremost that this is a very good looking country. Which makes it somewhat popular with hikers – and by somewhat popular we’re talking head-over-heels adoration. 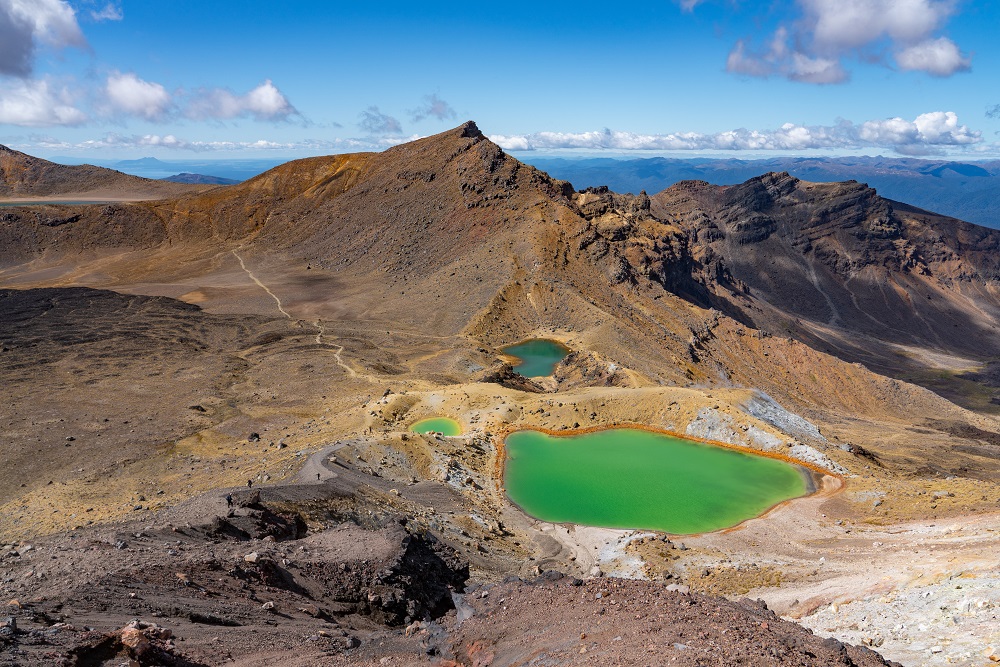 The trekking options are vast and the choice bewilderingly inspirational, but a good place to start – to get a general flavour – is the Tongariro crossing, which can be done in a day. It’s often touted as the best one-day trek in New Zealand and one of the best in the world. The national park which it winds through is World Heritage-listed – both for culture and nature – and the route is just over 12 miles.

2. Be awestruck at Huka Falls

Apart from having the distinction of being New Zealand’s longest, the Waikato River is fairly ordinary for most of its 264-mile course. It emerges in the slopes of Mount Ruapehu and winds placidly and uneventfully down towards Lake Taupo, at a width of about 100 metres.

Just before it drains into Taupo, however, the geology changes. The wide banks suddenly close into a canyon – about 15 metres across – and this creates the incredible spectacle that is the Huka Falls. All that water squeezed into a much narrower space becomes a ferocious torrent that rages through the chasm in a series of waterfalls.

You can stand above the falls on a bridge or watch from the sidelines and it’s all free to visit.

3. Be the first person in the world to see sunrise

Check out an international time zone chart and you’ll see New Zealand – GMT+12 –  has the honour of being first in line for the start of the new day (this is the reason we always see celebrations from New Zealand first during New Year’s Eve festivities). 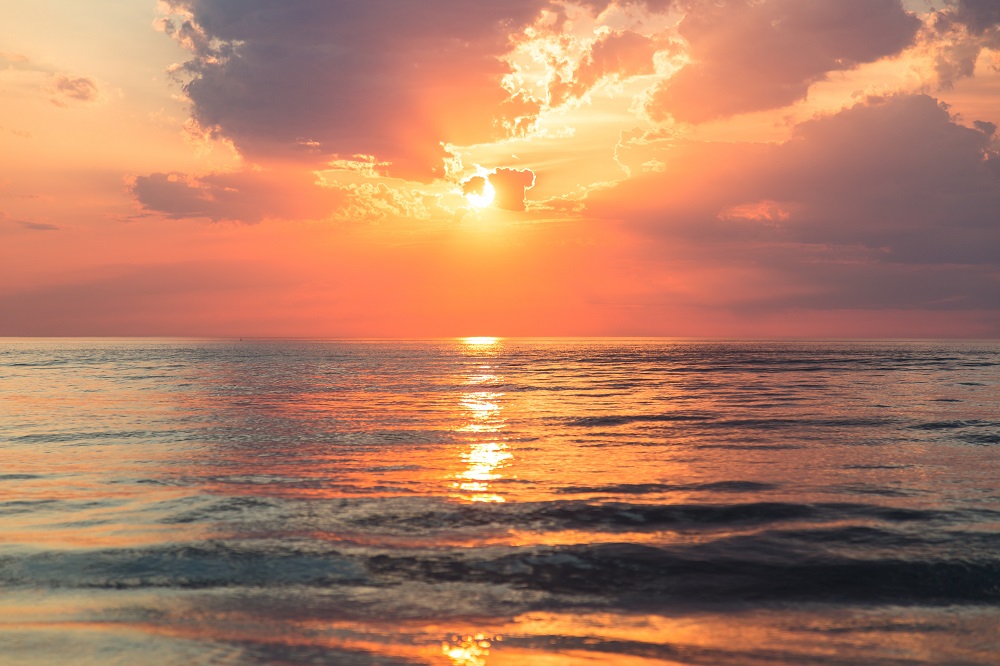 This means if you head to the easternmost part of the country (just north of Gisborne on East Cape on the North Island) before first light, you can be the first person in the world to see daybreak. Which is pretty cool, we think you’ll agree.

Boasting a veritable treasure trove of cultural wonders, the Museum of New Zealand Te Papa Tongarewa is located in the heart of Wellington, New Zealand’s capital. The museum’s general ethos emphasises the living human connection behind its collections, many of which are deeply linked to the indigenous Maori people.

The displays range from natural history exhibits, including a vast collection of fossils, to human artefacts, like dresses and other textiles. There is even a giant squid, in case you were wondering.

5. Soak up the views at Lake Wanaka

Wanna go to Lake Wanaka? You should – it is STUNNING. BEAUTIFUL. It will change your LIFE! Okay, too far, scrap that last one. It is lovely, though. Flanked by dramatic peaks, the alpine lake is completely protected from development (it’s whole shoreline is unmodified) and one of those places you can’t really take a bad picture. 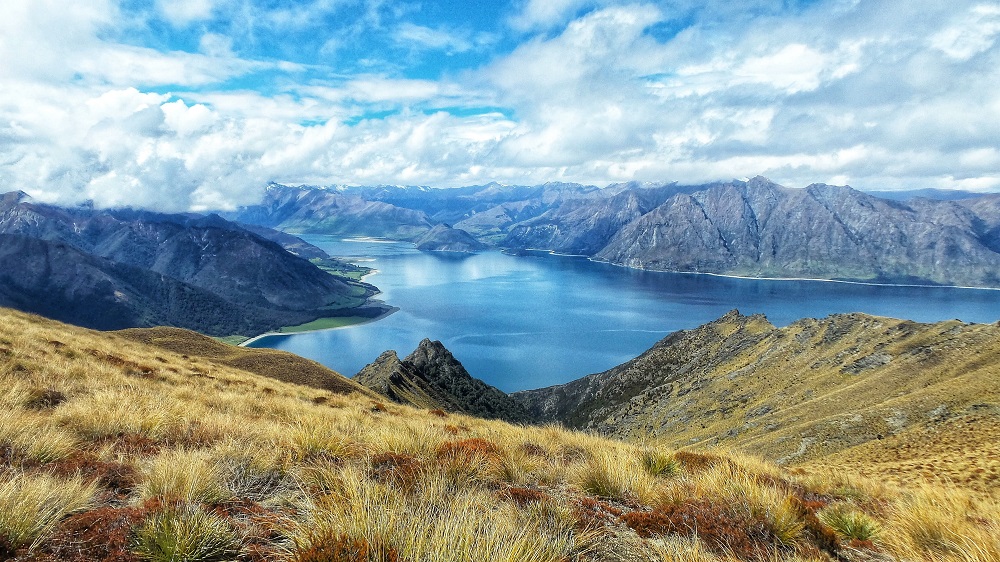 There are many walking routes along the shoreline and through the surrounding scenery, so you can check it out from all angles. Do a skydive over it if you’re feeling you need a bird’s eye view (and are willing to temporarily ignore the promise at the start of this article that all the things recommended are free).

Although it’s unclear how many fences are competing for this particular honour, there can be no doubt that the one in New Zealand’s Cardrona Valley is way out in front. 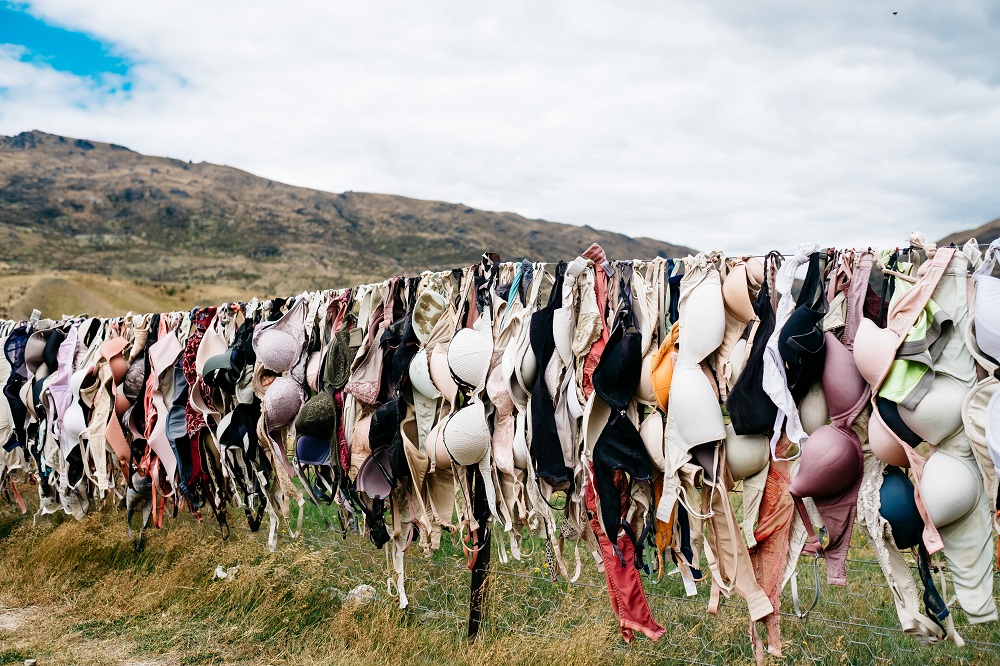 No one really knows why people started attaching bras to this otherwise completely uninteresting fence back in the late 90s. At any rate, some of the locals decided it was becoming a bit of an eyesore and revealed a fundamental lack of understanding of human nature by removing all the bras that had been placed on the fence to that point. Naturally, this created an enormous collective urge to restore the bra fence, and since then thousands upon thousands have been contributed.

Not even kidding, there are places in New Zealand that will do FREE wine tasting sessions – this is a country not short on grapes. 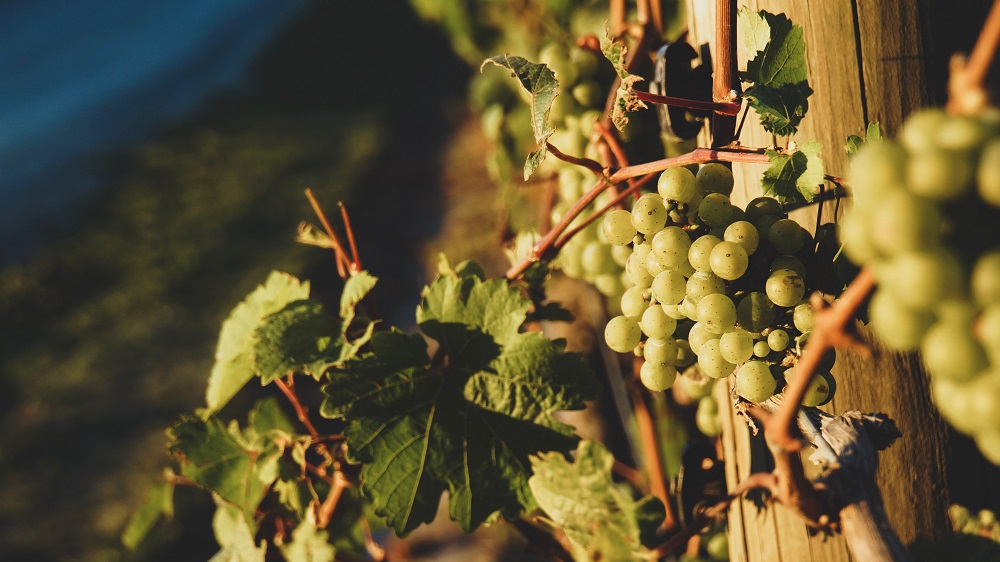 The region of Marlborough, on the northeastern tip of the South Island, is your best bet. Numerous vineyards here offer free tasting sessions, including the Villa Maria, No.1 Family Estate and Huia.

Check out this blog for more info. 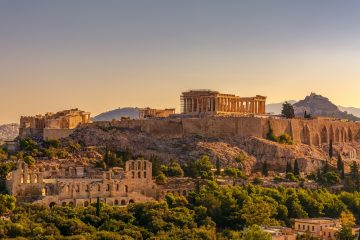 7 Amazing Things to Do in Europe for Less than $20

We've rounded up some of our favourite European highlights for your next trip. The best part? They all cost less than $20 - perfect for a student budget! 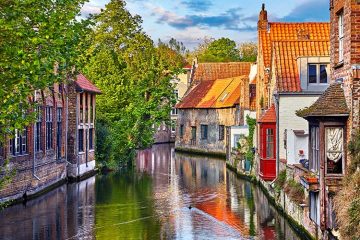 The Most Underrated European Destinations You Have to Visit

Discover hidden gems in Europe and escape the crowds with a trip to one of these underrated cities in Europe! Or take a weekend trip from studying abroad. 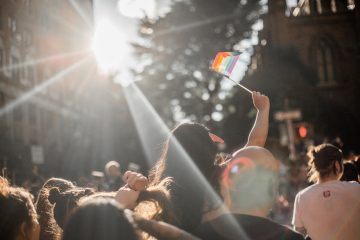 So, the pandemic is over (ish) and one of many excellent results from that is that global Pride celebrations are back! So, if you’re keen to head away this summer to get involved in some Read more…